Léman is open for the 2020-21 school year, offering in-person, hybrid and fully online instruction. We invite prospective families to learn about Léman through a Virtual or In-Person Admissions Tour. Léman is committed to making independent school accessible to a wide range of families through a robust financial aid program. Tuition assistance is available and we encourage you to speak with our admissions team. While the Admissions Priority Deadline of Dec 1 for Kindergarten, 6th and 9th grade has passed, Léman continues to accept applications on a rolling basis. Please contact the admissions office if you are interested in applying for those grades. Spots in other grades are filled on a space-available basis. Create an account on Ravenna to make tour reservations or apply. [March 19, 2021]

Léman's Athletes of the Week

"Following on from her stellar play last season, Janae has literally picked up where she left off. Janae continues to show that she is one of the leaders on the pitch for the team with her skillful play and work ethic. Our first game of the season she scored an unbelievable solo goal which Messi himself would have been proud of. During Friday's game against BFS, Janae put in a Player of the Match performance. With the game tied 1-1 at the half, Janae stepped up a gear with a second half hat-trick. This brings her total to 4 goals in 2 games which keeps the team undefeated in league play this season."

"Elle is a freshman middle blocker/hitter on the Varsity Volleyball team. Since being on the team she has shown much improvement and great attitude on the court. During our matches, Elle has served as a huge 6'2 blocker on the court. She averages 4 blocks and 2-3 kills per match. In practice, she hustles hard and shows a lot of dedication. For someone who is new to a varsity level playing, she's becoming accustomed to the high level playing. With each practice the coaches see continuous growth, and believe she will continue to be a huge asset to the team." 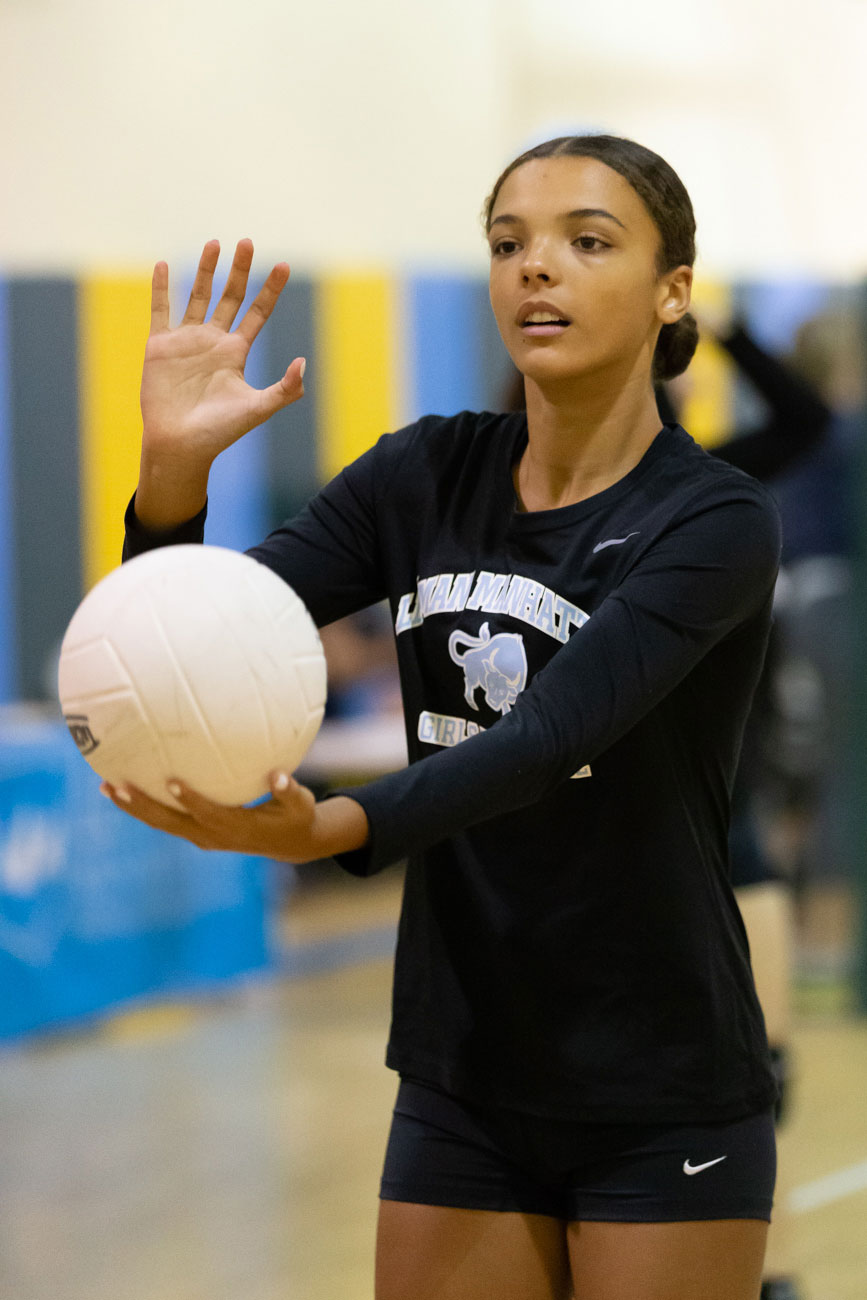